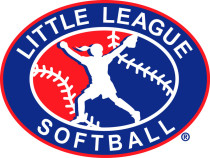 We ask that you print out your child's schedule from the Website.

The master schedule is below along with each divisions schedules.

Putting together the schedules is a colossal task.

We will inevitablely have to cancel a game or two because of school events, but we did the best we can to try avoid school functions and other activities that may conflict with games. But with players going to as many as eight to 12 different elementary and junior high schools it is impossible to avoid all conflicts.

We also did our best to try to align divisions to typical game days. But with the league as big as it is, we couldn't do it for the entire season.

We have once again scheduled a lot of games. Every team has around 20 games. We do this for several reasons. 1. To enhance a players playing experience so she can get more playing time. 2. With everyone living busy lives we hope that if you have to miss a game or two it won’t be as bad by scheduling more games. Because of the amount of games, in some divisions, the schedules are not balanced as it pertains to the amount of games against each team. We only have two teams in our Soph division. We hope we will be able to find other opponents for our Soph team to play and we can then swap out some of the Soph games on the schedule.

The games scheduled for April 16th and April 23rd will be played at Ozinga Field. It is the Windy City Thunderbolts stadium.  The girls will be playing on the field.  Anyone attending will be required to buy a ticket to enter.  This includes players and coaches.  April 16th game will have an easter egg hunt at 1:45 pm in the outfield for the kids.  See the Thunderbolts - TICKETS tab on this website.

Because of the amount of games scheduled, rainouts WILL NOT be made up.

The playoff schedules are set at the end of each schedule. They won’t be moved (unless there’s rain on the actually playoff date or during playoff week). ALL teams make the playoffs and will be seeded after the final regular season games of each division.

Teams will be seeded by winning percentage.

Players are required to play 60 percent of their regular-season games to be eligible for all-stars. Note: There is an injury or illness exemption for this rule The executive committee must approve all exemptions. Note: High school players are exempt from this rule as long as they make 60 percent of their games after their high school season ends. More information on all-stars can be found in the all-star link on the main page.

Text Alerts are immediately posted here on the website.

They are how the board communicates with umpires, that includes when games are canceled.

All umps MUST signup for instant text alerts (tweets) from the EPGSL ... just text the words 'follow epgslump' to the number 40404.  Our tweets will be delivered to your cell phone as a text message when we send them. All you need is a cell phone. NO TWITTER ACCOUNT NECESSARY!